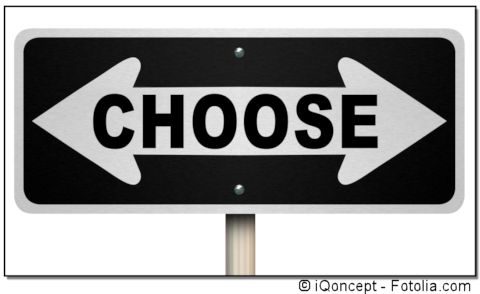 Recent events, including the Israel/Gaza conflict, have helped to me to rethink what is the proper biblical response to social issues. Up until recently I have wrongly associated the need to demonstrate authentic love toward everyone, including our enemies (see Matthew 5:43-48), with neutrality.

A correct understanding of godly impartiality is illustrated through the heavenly messenger who appeared to Moses’ successor Joshua in preparation for entering the Promised Land. When Joshua first encountered this person, Joshua confronted him with the question, “Are you for us, or for our adversaries?” (Joshua 5:13; ESV). The response is instructive, “No; but I am the commander of the army of the Lord. Now I have come” (Joshua 5:14; ESV). God is supremely impartial and objective. His is always the side of right. The question we need to ask ourselves not whose side he is on, but are we on his side. Right has a side.

When we face the messiness of life, it may sound spiritual to be neutral. It may indeed be spiritual, but not a spirituality rooted in the Bible. In Buddhism, for example, to disengage from life’s concerns in pursuit of bliss is a value. Spirituality based on the God of the Bible is anything but that. Biblical spirituality is a call to engage, to get involved, to make a difference. Joshua wasn’t instructed to chill out, to “let go and let God,” as if faith is an alternate state of being, disconnected from life’s harsh realities. Faith is hearing God and obeying him. In Joshua’s case it was to lead the people of Israel in the acquisition of the Promised Land. Joshua’s faithful obedience to God resulted in dramatic consequences. Some benefited, others suffered. Decisive actions lead to definite results.

Neutrality will never produce the justice God requires. As we read in Proverbs.

Rescue those who are being taken away to death;
hold back those who are stumbling to the slaughter.
If you say, “Behold, we did not know this,”
does not he who weighs the heart perceive it?
Does not he who keeps watch over your soul know it,
and will he not repay man according to his work?
(Proverbs 24:11-12; ESV)

Effectively helping victims of injustice requires taking sides. If we are not willing or able to differentiate between abusers and victims, we will not be able to alleviate unjust suffering.

Following Yeshua (Jesus) calls us away from neutrality. He said:

Yeshua’s coming forces people to be decisive with regard to what it means to truly follow God. Because of Yeshua, no one can afford the luxury of sitting on the sidelines.

One passage that is often used to fuel disengagement is found in Paul’s first letter to the Corinthians 6:1-8. Paul here confronts the believers regarding how they are handling their grievances with one another. This passage is often wrongly used to prevent believers from effectively resolving conflict. Paul’s words in verse seven, “Why not rather suffer wrong? Why not rather be defrauded?” are taken to mean that victims should always absorb wrongdoing. But that is not what is going on here. I discuss this more fully in a recent TorahBytes message (Expressing Concern – http://www.torahbytes.org/74-41.htm), but for our purposes here, let it suffice to say that Paul’s admonition to learn how to personally get along with each other should not be confused with the need to confront injustice. In fact, these words earlier in the passage should call us to be anything but neutral in the face of social issues:

Or do you not know that the saints will judge the world? And if the world is to be judged by you, are you incompetent to try trivial cases? Do you not know that we are to judge angels? How much more, then, matters pertaining to this life! (1 Corinthians 6:2-3; ESV)

“How much more!” Paul says. Not less. While there is a time to tell people in conflict to stop acting like children and stop fighting, that is not the appropriate response in all situations. Not all problems can be solved by simply holding hands and singing “Kumbaya” or “Give Peace a Chance.” But whatever the problem, we will never find lasting solutions unless we stop being neutral and get on the right side of issues.

What does this mean for you and me?

That neutrality is not godly is clear, but how to determine which issues are worthy of our attention and how to deal with those issues is no easy task. Determining what God requires of each of us has to do with our calling and gifting along with the level of responsibility we bear and our sphere of influence. No one can effectively carry every legitimate care and concern in the world. We cannot even be expected to pray for every important issue there is. Each of us therefore, needs to be sensitive to the leading of God’s spirit in our hearts and lives that we would give ourselves to the things God is calling us to. Ultimately we all must answer to God. So as I share my concerns with you, I am content to encourage you to consider what I am saying, hoping that your response will be based, not on my will for your life, but God’s will.

What this has meant for me is that I have realized that I can no longer remain neutral over issues relating to the Land of Israel and the Jewish people. Until recently, my claim to neutrality has been based on my call as a Bible Teacher. Even though I have regarded that an aspect of my God-given task is to help people see the central role of Israel in the plan of God, I have continually emphasized (and rightly so!) that the term “Israel” in the Bible is the people, not the Land. The Land is the land of the people of Israel. Moreover, Israel in the Bible should not be immediately and necessarily associated with the modern State of Israel. Be that as it may, the Bible is clear that God’s commitment to the natural descendants of Abraham, Isaac, and Jacob includes the Land. Therefore if I am called and equipped to teach the Bible, I must also teach what the Bible teaches regarding the Land.

As I do so, I am keenly aware that this, like any other issue, needs to be approached with love, compassion, and mercy for all. But as I have tried to explain, these virtues don’t lead to neutrality, but definitive godly justice.

Don’t get me wrong. This is not the only topic I will address. As I am given opportunities to teach and write, my prayer is that I will provide what is most helpful to God’s people at the time.

I have no plans to become obsessed with this issue. I still believe “all Scripture for all of life” (see 2 Timothy 3:16-17). In fact, it has been this pursuit that has kicked me off neutrality’s fence. My heart is to engage life as God intends. I hope I am calling you to do the same. This has to include every important personal and societal issue covering every aspect of life, Israel included.